Symptoms damage wheat, barley, oats, rye and other 27 genera and 34 species of plants. Damaged wheat seedlings were dwarf yellow, and the roots were short bifurcated. The later roots were parasitized as neoplasia and exposed white to dark brown granular cysts. This was the main feature of the disease. The old cysts are easy to fall off, and the cysts only appear in the adult stage. Therefore, the cysts are often misdiagnosed on production. After the nematode is damaged, the roots are often damaged by secondary soil fungi such as Rhizoctonia solani, causing the roots to rot. Or together with the nematode damage, aggravate the degree of damage, resulting in short, yellow, like lack of nutrition or lack of water, should pay attention to the difference.

The pathogen Heterodera avenae Wollenweber called oat cyst nematodes, belonging to cyst nematodes. Female cyst lemon type, dark brown, vulva cone for the bilateral membrane type on both sides, no under the bridge, there are many arranged below the irregular vesicular process, the length of 0.55-0.75mm, width 0.3-0.6mm, mouth needle length 26Î¼m, head ring, 6 round lips. The males were linear after 4th instar, both ends were slightly blunt and 164mm long. The base of the oral needles was round and 26-29Î¼m long. The larvae were small, acicular, head blunt, and the mouth needle was 24Î¼m long. The back lip and sub-abdominal lip fuse to form a columnar structure with a wide end. The egg is kidney-shaped and contains no female insects.

Transmission routes and disease conditions The nematode only occurs once a year in China. Above 9Â°C facilitates the hatching and invading of the host. The 2nd instar larvae invaded the young root tip, and after the head was inserted, they settled and fed near the vascular bundle to stimulate the surrounding cells to become giant cells. After ingestion, the 2nd instar larvae develop into pods, which form long-necked, bottle-shaped, 3rd instar larvae. The 4th instar larvae form a gourd shape, which then becomes a lemon forming worm. The roots of the infested area bulge, exposing female adults, containing a large number of eggs and becoming white cysts. Adult males have changed from settled to active ones and have died after mating with females. The female eggs are filled with eggs and the embryonic eggs become brown cysts and then die. Eggs stay active in soil for a year or years. After the cyst loses its life, it loses its ability to fall into the soil and overwinters. It can be transmitted by water flow, wind, and agricultural machinery. Spring wheat can be invaded for two months and cysts can appear. Autumn wheat invades in autumn, and develops in winter in the roots of each developmental state, and the temperature rises in the spring of the following year. The cysts are revealed from April to May. It can also incubate and invade the host again, causing serious infections during seedling period. Spring wheat is generally heavier than autumn wheat, and spring wheat is sown earlier than late sowing. Winter wheat has a lesser incidence of late sowing. The incidence of continuous cropping of wheat is heavy; the lack of fertilizer and arid land are heavier; sandy loam is heavier than clay. Infection at seedling stage has a greater impact on yield.

Prevention methods (1) Strengthen quarantine to prevent the spread of the disease. (2) Selection of resistant (resistant) varieties. (3) Crop rotation with wheat and other cereal crops for another year or three years. (4) Strengthen agricultural measures The appropriate late planting of spring wheat is to balance fertilization and increase plant resistance. The application of soil additives to control the rhizosphere micro-ecological environment is detrimental to the growth and parasitism of nematodes. (5) Chemical control: Apply 3% Wanqiang granules 200g for every 667m2, and use 24% Wanqiang agent 600 times for spraying when wheat turns green. For other methods, see wheat worm disease.

Tetanus Antitoxin is prepared from the blood of healthy horses that have been hyperimmunized. It is recommended for use as an aid in the prevention and treatment of tetanus in animals. Each serial is tested for purity, safety, and antitoxin unitage in accordance with applicable standard requirements issued by Ministry of Agriculture and Rural Affiars of the People's Republic of China . 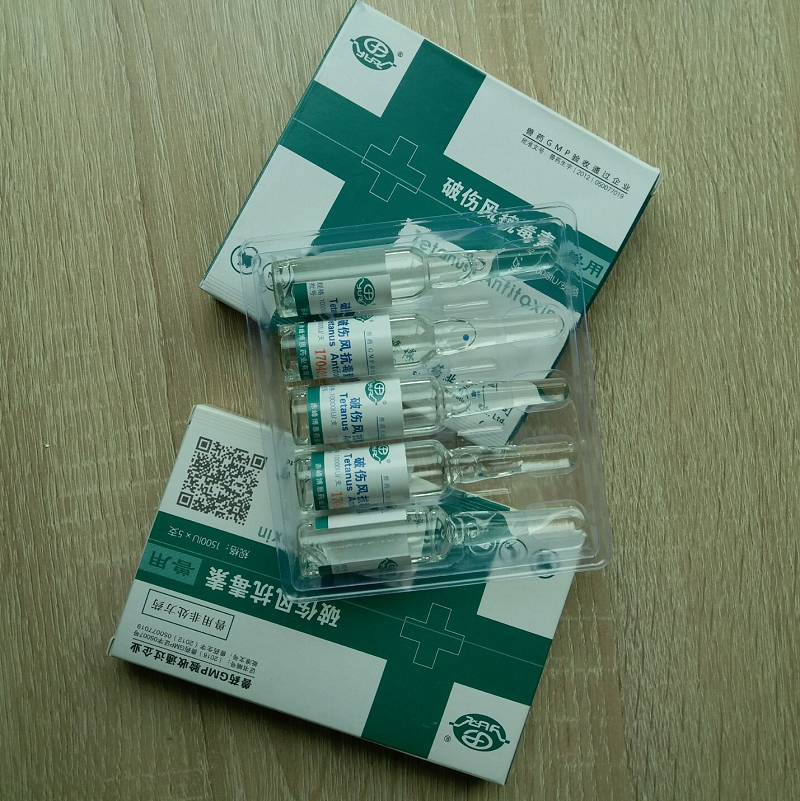